Home » Blog » Celebration, Facts you need to know » Where did you get polished? 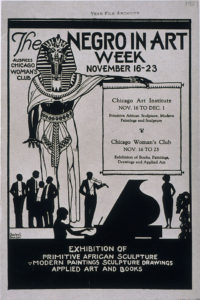 This Black History Month, I want to recognize a lesser known African American educational legacy. I was inspired by the book called Certain People by Stephen Birmingham written in 1977.

Dr. Charlotte Hawkins Brown, the first president of Palmer Institute, watched as her students arrived by Pullman and chauffeur-driven limousines. She used to say, “That anybody who is anybody sends their children to Palmer. They come to us, and we polish off any rough edges”.

Palmer Institute was, in other words, the first and only private black coeducational finishing school in America. Established in 1902 in Sedalia, North Carolina with financing facilitated by Alice Freeman Palmer, the second president of Wellesley College.

It was quite a thing to go to Palmer. The enrollment was small – between two and three hundred boys and girls. The tuition, though somewhat lower than that of the great New England prep schools, was high enough to make Palmer education available only to the moneyed. At Palmer, you were taught never to blow on your soup to cool it, never to spoon it toward you and never slurp when swallowing it.

Everyone learned French. Everyone was required to learn piano plus one other instrument. There was a piano in every dormitory. An appreciation for the fine arts was a must. Tennis was also emphasized. There were uniforms- three sets for the girls: gingham dresses for spring, navy blue skirts, blouses, and ties for fall and winter, and dress uniforms, which consisted of white, formal length gowns and white gloves. The boys wore Palmer Blazers, and there were formal dinners once a week for which the boys were required to wear tuxedoes. There were also regular formal teas, where boys wore cutaway coats, stiff collars, white shirts, black ties and black shoes.

Dr. Charlotte Hawkins Brown was a strict disciplinarian and composed a creed that each student had to memorize and recite:

I have to live with myself and so

I want to be fit for myself to know,

I want to be able as days go by

Always to look myself straight in the eye.

I don’t want to stand with the setting sun

And hate myself the things I’ve done.

So, think about it, who polished you? Who helped you to become who you are today? Did you remember to say thank you? None of us make it through alone.