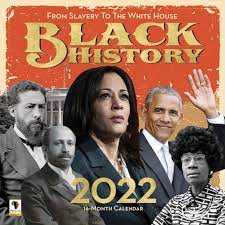 The NAACP was founded on February 12, 1909, the centennial anniversary of the birth of Abraham Lincoln?

In the decades that followed, mayors of cities across the country began issuing yearly proclamations recognizing Negro History Week. By the late 1960s, thanks in part to the civil rights movement and a growing awareness of black identity, Negro History Week had evolved into Black History Month on many college campuses.

President Gerald Ford officially recognized Black History Month in 1976, calling upon the public to “seize the opportunity to honor the too-often neglected accomplishments of black Americans in every area of endeavor throughout our history.”

Each year beginning on February 1, an entire month of events are planned nationwide honoring the contributions of African Americans.

Beginning in the early 20th century, a growing number of black industrial leaders and black entrepreneurs emerged as their families relocated from farms to cities, and from the South to the more industrialized Northeast and Midwest.

Along with the emergence of new music genres — like ragtime, blues, and jazz –, the Harlem Renaissance in New York City also signaled a blossoming of the visual and literary arts. The Harlem Renaissance was an intellectual, social, and artistic explosion that took place in Harlem, New York, spanning the 1920s.

Well into the century, blacks continued to break the color barrier in sports, business, and politics and have recently challenged the traditional bastions of wealth and power at the local, state, and national levels.

This week FRANKLY SPEAKING is celebrating a kaleidoscope of African Americans who have made and are making deposits into our rich history.