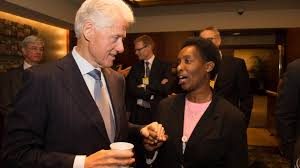 Loretta Claiborne was the middle of seven children in a poor, single-parent family. Born partially blind and intellectually challenged, she was unable to walk or talk until age 4. Eventually, though, she began to run. And before she knew it, she had crossed the finish line of 26 marathons, twice placing among the top 100 women in the Boston Marathon. She introduced President Bill Clinton at the 1995 Special Olympics World Summer Games 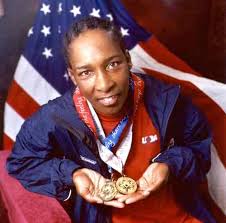 has won medals in dozens of its events, and also holds the current women’s record in her age group for the 5000 meters at 17 minutes.

Today, Claiborne is a celebrated athlete who was honored in 1996 with ESPN’s ESPY Arthur Ashe Award for Courage. Her life is recounted in Walt Disney Productions The Loretta Claiborne Story (originally broadcast on ABC-TV and now on DVD) and in the biography In Her Stride published by WorldScapes. Considering all of Claiborne’s achievements, these are just small steps in her life’s mission to show that persons with intellectual and physical disabilities are equal to those without. 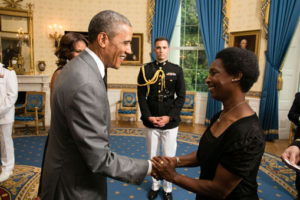 “I figured if my story could change a person’s mind about another person, or especially a child’s mind about another child, then it was the right thing to do,” Claiborne says. Now in her early sixties, she recalls a time when children taunted her for being different and how the taunting turned her into an angry young woman who was expelled from high school and fired from a job. Although she loved to run and used her speed and strength to protect herself in fights against cruel classmates, she credits the Special Olympics with helping her realize that her tremendous athletic talent could be used to do good.

Claiborne was first introduced to Special Olympics by social worker Janet McFarland (played by Emmy Award-winner Camryn Manheim in the movie). She credits McFarland as well as her family, community, educators, Special Olympics founder Eunice Kennedy Shriver and her own strong spirituality with giving her the confidence necessary to become a world-class runner. 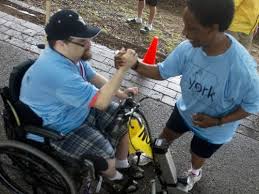 Running is not the only part of Claiborne’s life. She holds a 4th-degree black belt in karate, communicates in four languages, including American Sign Language, and holds two honorary doctorate degrees; one from Quinnipiac College and one from Villanova University, making her the first person with an intellectual disability known to receive such honors, according to Special Olympics Incorporated. [1]

I have learned that impossible is merely a word to describe the degree of difficulty.