Home » Blog » A Problem to be solved, Life lessons, Women » “T” is for the tears she shed to save me 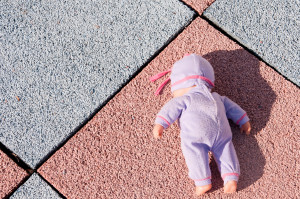 At times my mind wanders off and then BAM, demands my attention. This morning I was walking in the beauty of a fall day thinking of illustrations for my next book for Destiny’s Children. All of a sudden my face was washed in tears prompted by fleeting thoughts of recently reported “tottlers” who have lost their lives or killed someone else with a gun.

So how did I get from a lovely brisk fall walk to the bottom of  emotion’s soul? Somewhere in the 24/7 global media cycle, left over behind the headlines, this information sneaked back into my consciousness.

October 14, 2015, Christopher Ingraham wrote, “People are getting shot by toddlers on a weekly basis this year. I’ve found at least 43 instances this year of somebody being shot by a toddler 3 or younger. In 31 of those 43 cases, a toddler found a gun and shot himself or herself.”

How does one grieve this? There are not enough tears.

Until I became a mother, I had no idea that tears had flavors. I tasted tears of love, joy, relief, hope, fear, sadness and loss. There were times when my tears were nothing more than a gasp for breath. I kept most of those private. I cannot imagine the tears shed for a life that ends after it has just begun.

So here’s the thing. We require prescriptions and house cleaning products to contain a warning label that says, “Keep out of the reach of children”. What have we missed that can keep our babies safe from guns?