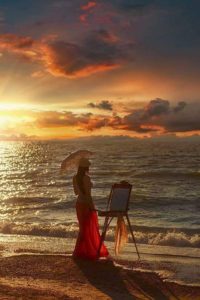 A Good Girl (Who Didn’t Make It)

“Alyssa was my best friend.  She was a talented musician, a graceful gymnast, a brilliant writer, and a deeply passionate human being.  She cared about people.  Love bled from every facet of her being.  When she spoke, her eyes were as sincere as her words.  And she always wanted to understand what was wrong so she could strive to make it better.

But Alyssa woke up one day during her senior year in college with a strange pain in her chest.  The on-campus doctors didn’t understand why, so they referred her to a specialist.  After several MRIs and blood tests, they determined that she had a rare, escalated case of Hodgkin’s lymphoma—a form of cancer.  She spent the next three years suffering through varying degrees of pain and sickness as multiple doctors treated her with radiation and chemotherapy.  And although these doctors were initially hopeful, Alyssa’s condition worsened, and she eventually succumbed to her cancer, dying on her 25th birthday. 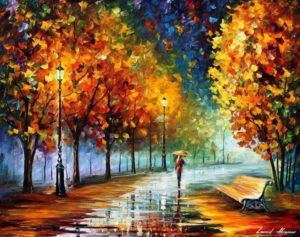 Ethan was also my friend.  Although not as multi-talented as Alyssa, he was incredibly smart, particularly when it came to money and business tactics.  But sadly, he didn’t care about people one bit.  I eventually learned, just before ending our 10-year friendship, that he ripped people off for a living.  He primarily targeted elderly folks who had relatively small life savings.  “They’re all suckers,” he told me.  And he felt no remorse because, he continued, “they’ll all be dead soon anyway.”

Today, at the age of 37, Ethan is a multi-millionaire.  And although we haven’t spoken in years, I’ve heard from others that he still hasn’t gotten into any legal trouble—largely, I think, because of the calculated legal threats I’ve heard he makes to anyone he suspects might have a good conscience.  I hear, also, that he doesn’t suffer from any major health problems, and that he, his complicit wife, and his two healthy sons live in a mansion somewhere in Los Angeles.

Because a world with no guarantees requires us to make the best of the precious little time we have left.”