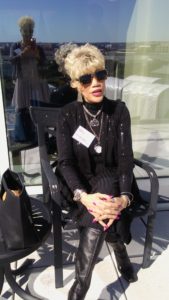 This is a continued conversation about sexual assault and why women don’t tell sooner, or ever. Last, week in part one I introduced the concept from my personal sexual abuse rear-view mirror. The words here are not meant to indict, but to shout comfort in the fact that none of us has to feel alone ever again.  Our voices heal!

Last week we talked about feelings of shame. Victims of sexual harassment and sexual assault in adulthood or sexual abuse in childhood tend to feel shame because as human beings, we want to believe that we have control over what happens to us. When that personal power is challenged by a victimization of any kind, we feel humiliated and helpless which leads to shame.

“The next important reason why women don’t come forward: denial and minimization. Many women refuse to believe that the treatment they endured was actually abusive. They downplay how much they have been harmed by sexual harassment and even sexual assault. They convince themselves that “it wasn’t a big deal.”

Many don’t disclose, because they fear they won’t be believed, and until very recently, that has primarily been the case.  Some victims have such low self-esteem that they don’t consider what happened to them to be very serious. They don’t value or respect their own bodies or their own integrity, so if someone violates them, they downplay it.

Research has shown us that victims who cannot see a way out of an abusive situation soon develop a sense of hopelessness and helplessness, and this, in turn, contributes to them giving up and not trying to escape or seek help. Women feel it is useless to come forward because they have seen the way others have been treated. They feel it is hopeless, because they won’t be believed, and their reputations will be tainted, if not ruined.

Closely related to the above, women who have already been traumatized by child sexual abuse or by sexual assault as an adult are far less likely to speak out about sexual harassment at work or at school. Research shows that survivors of previous abuse and assault are at a higher risk of being sexually assaulted again.

Many women, even highly educated ones, are uneducated about exactly what constitutes sexual harassment, don’t recognize sexual harassment as a real threat, don’t understand how sexual harassment or assault affected them, nor do they understand the real-world consequences of not reaching out for help or not reporting it. For example, the emotional effects of this type of harassment can have devastating psychiatric effects, including anxiety, PTSD, and suicidal behavior.

Finally, sometimes women don’t report sexual harassment or assault, because at the time of the abuse they were drugged, inebriated, or dissociated.

Instead of focusing so much energy on trying to figure out why victims don’t report, it would be far more productive to ask, “Why do we allow men to continue to sexually harass and assault women?” Perhaps even more important, we need to stop asking why victims wait to report and instead focus on how we can better support victims in their quest for justice and healing. If you have been sexually harassed or assaulted and need someone to talk to, please contact the following: