Home » Blog » Celebration, Facts you need to know, Inspiration, Life lessons, Women » Once Upon a Time 100 Years Ago 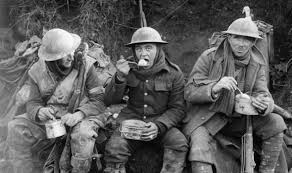 “World War I is among the least documented wars of those covered by the Veterans History Project, and the number of collections relating its experiences is not likely to grow dramatically. Because all but a handful of WWI vets are no longer alive, oral history interviews are out of the question, so we must rely on the generosity of relatives and friends of deceased veterans to donate written accounts in letters, diaries, and memoirs, as well as precious collections of photographs.

Every veteran has his or her own war, and each is the custodian of a unique story and memories. [1]  This is one.

Thomas J. Quayle born around 1886. Thomas Quayle served in World War 1 with the United States Army. The enlistment was in 1917 and the service was completed in 1918.

Some stories aren’t about the soldier but who they leave behind. Lieutenant Thomas Quayle married 23- year- old Sarah Webster in July 1917. Three months before, on April 6, the U. S. had declared war on Germany. Quayle shipped out June 15th from Hoboken, N.J. on the U. S.S. Leviathan, once a German-owned liner.

In January of 1918, Sarah Webster Quayle was blissfully married, living in Montgomery, Alabama. Her husband Tom, now senior first lieutenant was very busy with the new troops on base. He got into town just once a week from camp now. It used to be twice. Sarah had made some friends but was still lonely.

“I am so proud to give, but it is hard, for it means, separation during the best years of our lives. I sometimes tremble for him for I so want him to come back to me well and whole. I long for a home, a dear cozy one, where just we two can live and learn to know one another better..”

In August 1918, Sarah was suffering from malaria she caught in Petersburg. The war was omnipresent in her thoughts. She received the sweetest letter from Tom.  They were packing up to leave, finally for the firing line.

Then reality bit hard. Quayle was killed in action on the 29th, during the Meuse-Argonne drive according to the U.S. Adjutant Generals Military Records, He was buried in a military cemetery 1055, in France. The death notice was sent to his wife at her home in Oberlin, Ohio. It took a month to arrive. On October 24th, Sarah wrote to her best friend, Mildred.

“This is to tell you the sad news that my husband was killed in action on September 26. Just received word yesterday.” “It was such a shock. I cannot think it through.

Thomas Quayle’s death came just over six weeks before the Armistice to end the war was signed on November 11th. 1st Lieutenant Thomas Quayle’s remains were repatriated from France to Oberlin, Ohio. He was buried in Westwood Cemetery in 1921, according to findagrave.com.”[2]

Thank you, Thomas and Sarah!