Home » Blog » A Problem to be solved, Breakthrough Coaching, Inspiration, Personal Empowerment, The power of grace » Six words that can save marriages. 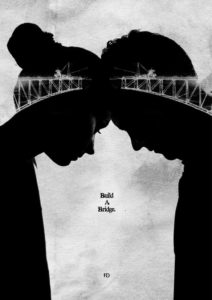 Battling over a household chore? Your request is more liable to be fulfilled if one magic word is used: because. Harvard psychologist Ellen Langer found that people are more willing to comply with an appeal if you simply provide a reason—any reason.
But

We’ve all been told not to use the word “but” for an apology (as in, “I’m sorry, but…”), which comes off as an excuse and feels like a less-than-sincere mea culpa. In a series of experiments, however, psychologists Sandra Murray and John Holmes discovered the word can have a magically protective effect in relationships. They had couples describe their partner’s positive and negative qualities. They found that happy duos tended to qualify the not-so-enticing qualities with “but”—what they called “seeing virtue in fault.” He’s grumpy in the morning, but he always makes me coffee. She’s an obsessive neatnik, but I must say, our house is pretty organized. Adopting this habit can help you see your spouse in a more generous, forgiving light.

If your partner lashes out, it can be tempting to clap back. But couples therapist. Hal Runkel says that if a fight is escalating, one word can quickly tamp it down—and nope, it’s not “sorry.” It’s “ouch.” Runkel maintains that saying “ouch” stops your partner in mid-rant by reminding them you’re vulnerable and sends a clear signal that you don’t want things to get nastier.

When my husband and I were in couples counseling, one therapist gave us a life-changing piece of advice: Attack your problems, not each other. How? One way is to make liberal use of the word we, as in, what should we do about this? Researchers from the University of California, Berkeley, found that couples who used more collective pronouns such as “we” and “our” had more positive interactions than couples who used pronouns like “I” and “you” (e.g., the more finger-pointy: “I think…” or “you should…”). It’s an instant way to signal you’re on the same team.

Eminent couples therapist John Gottman, Ph.D. says all of his research findings—and he’s been at this for nearly 40 years—can be likened to a metaphor of a saltshaker. Instead of salt, simply fill it with all the ways you can say “yes.” Yes, that’s a great point. Yes, let’s go for a walk. That kind of behavior, he says, is what a good relationship is.

It seems a little silly and sometimes, frankly irritating—to have to thank your partner for, say, taking out the trash. But researchers from the University of Georgia studied marriages that last and found expressions of gratitude were “the most consistent significant predictors of marital quality.” If you can keep it up for at least a few months, even better: Psychologist Philip Watkins found that consistently saying thanks creates a reciprocal “cycle of virtue,” so that over time, even the less effusive partner will join in”.[1]