Home » Blog » Celebration, Facts you need to know, Inspiration, Podcasts, Women, young girls » Womens History Month, the origins, and the fight for the right to vote. 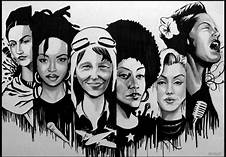 Women’s History Month in the United States grew out of a weeklong celebration of women’s contributions to culture, history, and the society organized by the school district of Sonoma, California, in 1978. Presentations were given at dozens of schools, hundreds of students participated in a “Real Woman” essay contest and a parade was held in downtown Santa Rosa.

Did you know? To coincide with Women’s History Month 2011, the White House issued a 50-year progress report on the status of women in the United States. It found that younger women are now more likely than their male counterparts to hold a college degree and that the number of men and women in the labor force has nearly equalized. 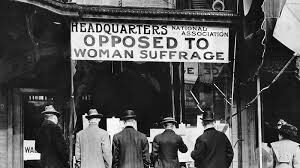 A few years later, the idea had caught on within communities, school districts, and organizations across the country. In 1980, President Jimmy Carter issued the first presidential proclamation declaring the week of March 8 as National Women’s History Week. The U.S. Congress followed suit the next year, passing a resolution establishing a national celebration. Six years later, the National Women’s History Project successfully petitioned Congress to expand the event to the entire month of March.[1]

“The 19th Amendment had first been introduced in Congress in 1871. But Congress’s unwillingness to pass it meant women could only vote in states that had passed woman’s suffrage laws. By 1919 that had come to include 27 states, but not New Hampshire. Granite state women would have to wait for the state of Tennessee to become the 36th state to pass the 19th Amendment before they could vote for President in 1920.”[1]And there is so much more to do!

Join me in a fascinating, energizing, educational, and empowering discussion about how African American women participated in the battle to the ballot box for all women. Enjoy a personal preamble tribute to the “Notorious” Ruth Bader Ginsburg including some in her own voice.

My question: What took us so long? Click below and get an idea/