Home » Blog » A Problem to be solved, Facts you need to know, Life lessons, Women, young girls » Who I am does not mean how you treat me. 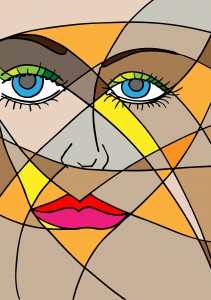 She is twenty-one now. She has graduated college with honors. Her family is proud of her. She has a good job lined up. However at unseen levels, she is missing in action. Never telling her parents has been a way of protecting them. Never telling anyone else has been a way of protecting herself. But those choices are not working. She is in a long-term relationship with shame. Sometimes her pain is incomprehensible. There seems to be no possible resolution. Her rape has left ever present residue. The memory of that night lives in a personal backward facing time machine over which she has no control.

Suddenly she is sixteen again, the night of her junior prom.

She had carefully opened the front door hoping not to wake her parents. She knew they would want to hear all about the big night. She had looked beautiful in the before-the-prom photos. But now her suffering showed on the torn blood stained dress and the bruises that were turning darker by the minute. She hurt with every step she took. Would people know when they looked at her? Could she ever trust a man not to hurt her again? He hadn’t used protection. What if..? Regardless, what had happened could not be undone.

As she drowned her tears in the shower, she wondered, what had happened? What had she done wrong? She didn’t drink. She didn’t do drugs. She had said no over and over! She had tried to push him away, but he was so much bigger and stronger. What had he said? “I’ve got a hundred bucks riding on this!” Then he savagely took her virginity.

I know this young woman and her elusive battle between forgetting and remembering. She is not yet ready for anyone to look too closely. If you ever have the opportunity to minister to a soul so broken, I leave you with these myth-busters about rape:

Only when the faith one has in their future becomes greater than the pain of their past can one’s most magnificent life begin to unfold.