Home » Blog » Accomplish Anything, Celebration, Inspiration, Life lessons, Personal Empowerment » For every mountain; for every trial … 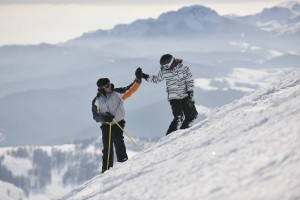 So, I am sitting outside on a bench reading, marveling at what a tease spring is and I ran across this article. You want a pick me up? Check this out then see what you are leaving on the table when it comes to making a difference in your life.  It’s a little longer than usual and worth it.

“In 1955, Ella Fitzgerald had a professional music career that spanned nearly two decades.  She was a critically acclaimed Jazz musician, and yet she was hardly known by the general public because she was an African-American doing amazing things at a time when racial segregation in the United States was still widespread.

So despite her undeniable talent and accolades, it was incredibly challenging for Ella to book shows at concert venues that appealed primarily to white audiences.  She didn’t let this stop her though, and with the odds stacked heavily against her, she set her sights on performing at Mocambo in Los Angeles, which was arguably the most celebrated west coast jazz club at the time.

Predictably, the club owner, Charlie Morrison, turned Ella down, again and again.  He tried to be kind, but he simply refused to suffer the potential consequences of booking an African American performer.  “Not only might I forgo ticket sales for the night, but having you perform here could also damage my club’s brand over the long haul,” he told her.

Still, Ella did not give up on her goal.  She strongly believed performing at Mocambo could help her crack into the mainstream music scene.  But she now realized she was going to need some assistance.  So she picked up the telephone and confessed her goal and frustrations to her friend and fan, Marilyn Monroe.  Marilyn was one of the most adored white female film stars of the 1950’s.

Marilyn was appalled by what she heard.  As soon as she hung up with Ella, she picked the telephone back up and called Charlie over at Mocambo.  She asked him to book Ella at once!  But he again refused and reiterated his fearful reasons.  So Marilyn persuasively sweetened the deal.  “Charlie, if you make my friend Ella the headlining act at Mocambo for a full week, I will sit in the front row every single night Ella is there,” she said.

At this point, Charlie had to consider the offer.  He knew he would get ridiculous amounts of media attention if he announced that Marilyn Monroe was in the house every night for a full week.  “The press will go nuts over this!” Marilyn assured him.  Charlie was convinced, and so he agreed to make Ella the headlining act at Mocambo for a full week.

As promised, Marilyn sat front and center every night Ella performed.  Despite all of the era’s widespread racism, the club was packed at maximum capacity each night.  And the excited crowds of people that initially crammed into the jazz club to see Marilyn quickly fell in love with Ella’s powerful performances.

That one week of performing launched Ella Fitzgerald’s career into the stratosphere and secured her spot in Hollywood as a bona fide music star.  She never again performed at a small club… and it was all thanks to her determination, her incredible talent, and some persuasive assistance from a friend and fan named Marilyn Monroe.

When we wish to inspire positive change in our loved ones’ lives, or in the lives of the masses, by persuading and influencing them to see the world differently, we must first recognize where our power lies – our leverage points – and then anticipate and counteract the objections to our proposals with ready-made solutions that are basically too sweet to refuse.

Although a strategy like this takes extra work, it creates a win-win scenario that’s far from capitulating.  It’s working respectfully within the boundaries of a system of thinking to help the system shift and improve over time.  And for our efforts, we may not get front row seats at Mocambo to see Ella Fitzgerald, but we will be making a positive difference in people’s lives and moving the world forward in incredible ways.”[1]