Home » Blog » A Problem to be solved, Accomplish Anything, Facts you need to know, Life lessons, Women, young girls » It’s Women’s History Month: She could accept the injustice, or she could rewrite the law 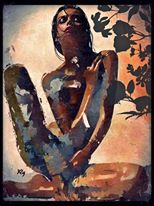 “Every six months, the routine was the same for 21-year-old Harvard student Amanda Nguyen. She would walk through the doors of her local rape crisis center in Massachusetts and plead to administrators: Do not destroy my rape kit.

With the massive backlog of rape kits in the U.S., it was nearly impossible in some states to ensure that a kit was tested, let alone even track down its location. New York City alone reportedly has an estimated 17,000 untested rape kits. Under Massachusetts law, Nguyen had to locate her own rape kit and file an extension to preserve the evidence in the hopes that, one day, it would be tested, and her case would be brought to justice. If she didn’t take matters in her own hands, there was a chance her kit would be lost or worse—destroyed.

That process and the inevitable ramification of replaying her assault had to be repeated. Every. Six. Months.

“I remember thinking, ‘Wow if this is what I’m going through, and I have a Harvard law professor as my attorney—one of the best in the nation—then what is everyone else that doesn’t have my privilege going through?'” she recalled. “It was very clear to me that I had a choice: I could accept injustice, or I could rewrite the law.”

Nguyen chose the latter. She drafted the first-ever standardized bill of rights for sexual assault survivors, which was signed into law in 2016 and led to an overhaul in the way the U.S. handles rape kits.

Nguyen’s goal was to establish a standard of care and to eliminate the emotional burden for sexual assault survivors. The Sexual Assault Survivors’ Bill of Rights grants each survivor the right to know where his or her rape kit is located, whether or not it has been tested, and the test results of the kit.

The bill also allows for resources like sexual assault counselors and establishes fair and efficient procedures for processing rape kits.

What started as a single bill Nguyen advocated for in the state of Massachusetts became federal law, which was passed unanimously in Congress—a feat that has happened only 21 times in history. Since President Obama signed the legislation in 2016, several states have adopted the bill to ensure that justice doesn’t depend on the state in which you live.

And the world is taking note.

Nguyen was announced as a 2018 nominee for the Nobel Peace Prize, an honor that has only been awarded to 16 women in its 117-year history. If she’s announced as the winner in October, she’ll join the ranks of legendary women such as Mother Teresa, Malala Yousafzai, and Elizabeth Blackburn.”[1]