Home » Blog » A Purpose-filled Life, Accomplish Anything, Inspiration, Life lessons, Personal Empowerment, Women » What does it mean to you to go off script? 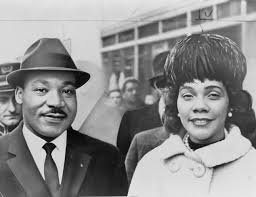 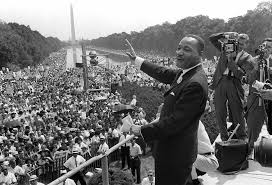 Martin Luther King who graduated from Morehouse College after studying medicine and law had not intended to follow in his father’s footsteps by joining the ministry. Martin went off script when he changed his mind under the mentorship of Morehouse’s president, Dr. Benjamin Mays, an influential theologian and outspoken advocate for racial equality. After graduating in 1948, King entered Crozer Theological Seminary in Pennsylvania where he earned a Bachelor of Divinity degree, won a prestigious fellowship and was elected president of his predominantly white senior class.

In 1953, Coretta Scott who was studying voice at the New England Conservatory of Music went off script when she met and wed Dr. King, Boston College graduate in Systematic Theology. Although Coretta Scott King abandoned her career she did not abandon her independence. She insisted they delete the word obey from their wedding vows. Their joint legacy included four children: Yolanda Denise King (1955-2007), Martin Luther King III (born 1957), Dexter Scott King (born 1961) and Bernice Albertine King (born 1963).

Probably the most famous off-script King experience occurred on August 8, 1963, at the March on Washington and at the prompting of singer Mahalia Jackson. On that famous occasion, Dr. Martin Luther King extended his original four-minute speech to 16 minutes as he presented his improvised homily that began “I Have a Dream”.

If you Google I Have a Dream you can receive about 123,000,000 results in 0.34 seconds. That’s an example of what can happen if you go off script, dream and believe you cannot fail.

Martin Luther King Day might mean another paid day off work, and for many people, that’s reason enough to celebrate. But when you scratch the surface of what this holiday is really about, you may come to have a whole new appreciation for how one man changed our nation’s history and influenced its current social state.

What if all of our life scripts included directions for us to dream, speak our love, forgive, appreciate diversity, listen, gladden the heart of a child, find the time, try to understand, laugh a little, laugh a little more …?