Home » Blog » Accomplish Anything, Celebration, Inspiration, Life lessons, Personal Empowerment, Uncategorized, Women » What would you do if you knew you could not fail? 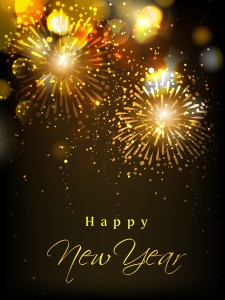 It’s time for our New Year’s Resolutions. A New Year’s resolution is a tradition, most common in the West but found around the world, in which a person makes a promise on New Year’s Eve to make certain changes or self-improvements in the year ahead.  It is believed that the Babylonians were the first to make New Year’s resolutions around 4,000 years ago, and people all over the world have been breaking them ever since!

The ancient Babylonians made promises to their gods at the start of each year, which began in mid-March, that they would return borrowed objects and pay their debts. But the Babylonians had a greater motivation to stick to their promises than what we have today, because for the ancient people of Mesopotamia, keeping their promise would mean that their gods would bestow their grace on them throughout the course of the following twelve months, and breaking them would put them out of favor.

However, today a broken resolution is rarely punished. So instead of making a promise that is more doomed than doable, ask yourself what you would do if you knew you could not fail? Go into your secret closet and see what dreams you have deferred for reasons even you may not understand. “Take a leap of faith and begin this wondrous New Year by believing. Believe in yourself. And believe that there is a loving Source – a Sower of Dreams – just waiting to be asked to help you make your dreams come true.” —Sarah Ban Breathnach

In the process, write a new chapter, ask new questions, and embrace giving and receiving love. Understand the freedom and power of forgiveness, yourself and others.  Your success and happiness lies in you. “Start by doing what’s necessary; then do what’s possible; and suddenly you are doing the impossible.” –Francis of Assisi

Remember the word impossible merely describes the degree of difficulty.

Happy New Year from my heart to yours.